This Day In Holston Hats History… 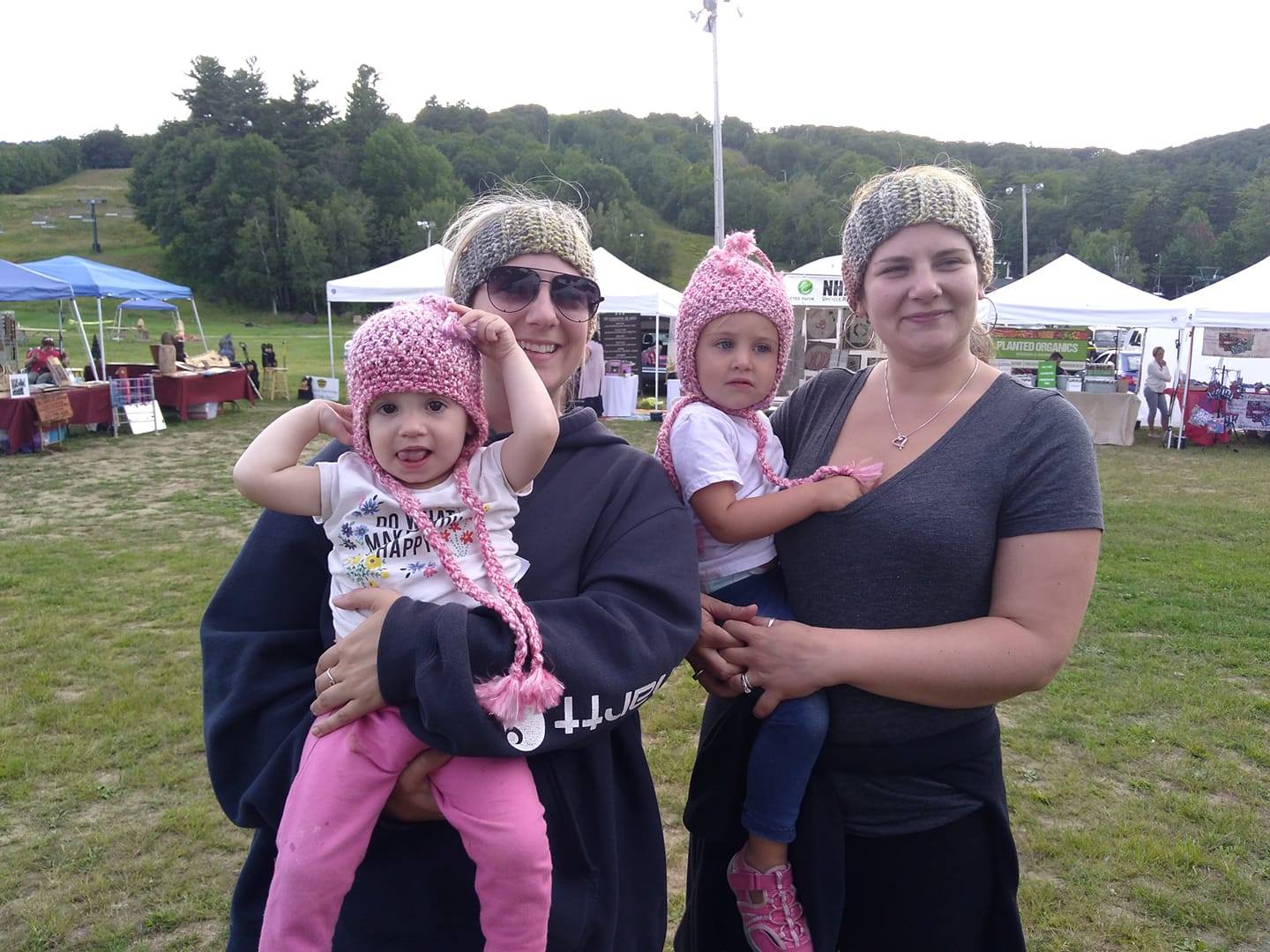 Past Events |
September 1, 2020
So since we are not on “tour” (no, we are not a band) this year (thanks, virus), I’m going to tell you about the road trips from last year. I took the road. Georgia Maine stayed behind to make stuff and drop-ship it where & when I needed it. I was on the road for 3 months. We are trying to do at least one show in every state…it was time to hit a few new ones and I started with New Hampshire. It was Labor Day Weekend and the show was a tradition at this resort venue near beautiful Lake Winnipesaukee. Since it was still warm, I camped in my van at the resort. It was a day time show so I took advantage of the lakeside dining, just a few miles away.
There were lots of dogs, lots of great art and crafts and the weather was fabulous. Not a big show, but a tradition, so there were lots of customers. There were alpacas too, props for a vendor selling lovely skeins of alpaca yarn and beautiful, soft alpaca sweaters. Of course I bought a few. It’s a wonder we make any money sometimes.
One of the issues art & crafters struggle with at shows is the whole “hand made” promotion. The applications almost always say “hand made only” but many promoters pretty much outright lie about that. It is a pet peeve for many artists. True, the promoters are trying to make money too, but…..I will leave it there.
So one of my neighbors was slinging baseball caps – almost all of them said TRUMP and MAKE AMERICA GREAT AGAIN and such. I can say with certainty that he had no hand in making any of those hats. We didn’t speak much…not b/c I was going to be “that” anti-Trumper, but he just didn’t talk to people unless they had some kind of military cap on. One morning was quite chilly and I donned my long sleeve “Women’s March” T-shirt from the March in DC in 2017 until it warmed up a bit. Maybe that was it. LOL
I took this picture b/c I thought it was cool they did the “matching” thing. The ladies in the matching headbands are sisters. They are each holding their own daughters, with matching earflap hats of course. It’s not hard to guess they are from the same family.
When the show closed, I was on the road again. Next stop: the Oyster Festival in Norwalk, CT. As I drove out of the resort, I heard the weather report. The remnants of a hurricane was predicted to hit the CT coast by the next weekend. Let the adventure begin, I thought. And it did.
It’s A Party On Your Head!